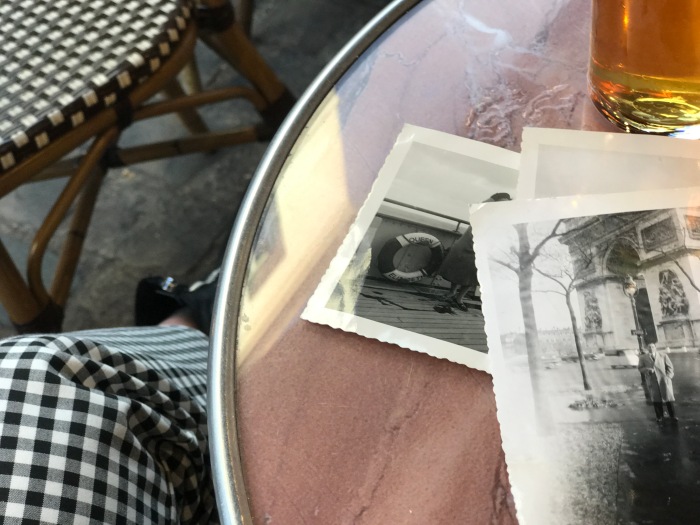 Let’s meet at Place du Tertre in Montmartre, and then pay homage to pop star Dalida (Photo by T. Brack)

(If you are an Instagram devotee, please leave a link below.)

Whenever my mood is in need of a reboot or an overhaul, I hoof it on over to Dalida. Because energy flows where obsession goes, my tête-à-tête with the high-spirited pop idol extraordinaire does the trick each and every time—especially during the fall season. With the trees boasting 24-karat autumnal hues, the blues completely vanish.

This week, I’ll take you along with me on this restorative glide. ’Tis the season! 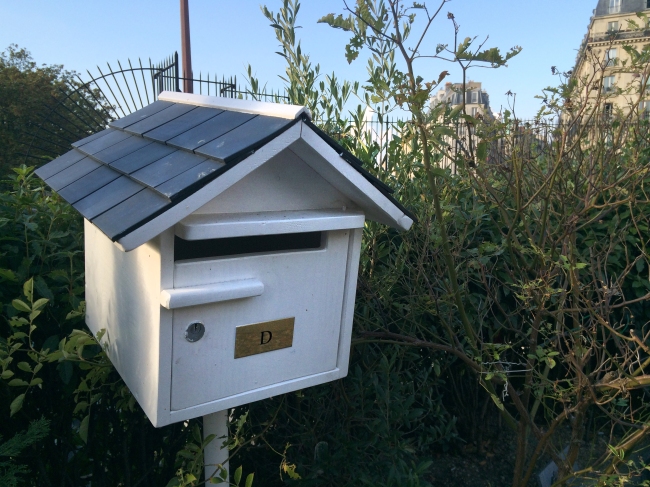 Missing Queen D? Send a letter to her mailbox in the Cimetière de Montmartre (Photo by T. Brack)

On May 3, 1987, Yolanda Gigliotti, better known as Dalida, took a handful of pills, put on her sunglasses and “left our world for another,” as one fan website afterwards put it. Ever since, the house at the end of rue d’Orchampt has never felt quite the same. However, a shadowy figure is sometimes said to appear at the window, as if to greet her fans—and she certainly still has them by the millions.

In addition to the house, the late diva’s life-size sculpture is in the Cimetière de Montmartre, while her bronze bust is at the junction of rues Girardon and Abreuvoir.

Take heed: Even in the pouring rain, it’s sometimes difficult to share an Instagram moment with the chanteuse at both monuments. So while you wait for your one-on-one shot, press a reality pause, linger on the steps, and watch the lively scene. Often, devoted fans break out in impromptu sing-alongs in almost perfect harmony. My ears have heard the glory. 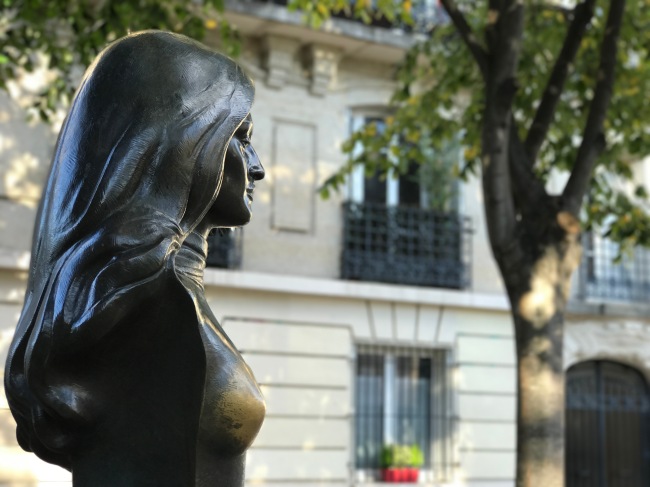 Dalida in the dappled sunlight at the junction of rues Girardon and Abreuvoir, sculpture by pinup artist Alain Aslan (Photo by T. Brack)

Monsieur Alain Aslan nailed it, I’d say! Commissioned by the ’hood of Montmartre in 1997, the sculptor and pinup artist styled the starlet in a tight bright diaphanous confection with spaghetti straps. Nipped in at the waist, the maxi-dress was most likely inspired by one of Dalida’s very own closet staples, created by designers Pierre Balmain or Loris Azzaro, according to my sleuthing at the Palaïs Galliera fashion museum. 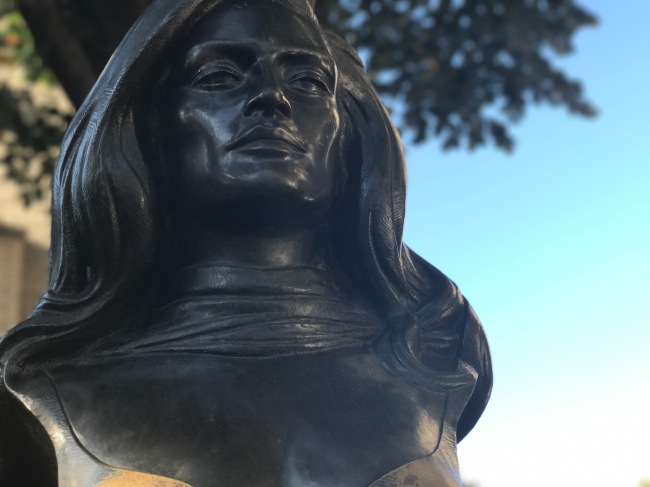 The gown was most likely inspired by one of Dalida’s very own closet staples, sculpture by pinup artist Alain Aslan (Photo by T. Brack)

Garbed also in a long, glossy 1970s scarf, Dalida not only courts my undivided attention but inspires me, too. See, it was this very silhouette that helped her make the leap from the queen of the classic ballads to the reine of the disco. Girl gone Baroque, she still shimmers like a star. Try not doing the hustle like everybody’s business while watching her first crossover hit of glittery passion, “Gigi in Paradisco.” I’d wager you can’t not do it.

Soaring with Dalida in Montmartre with Sacré Coeur in view, sculpture by pinup artist Alain Aslan (Photo by T. Brack)

And speaking of reinvention

If you are an Instagram fanatic, please leave a link below. Always keeping my peepers peeled for misty-filtered inspiration, I’d love to visit. Pinky ring promise!

Here’s where to find more of my Paris pics: @theadorabrack

Keep on snapping. Keep on singing songs from long ago. And as Dalida once schooled Gigi, at the disco in heaven, “It’s now or never! 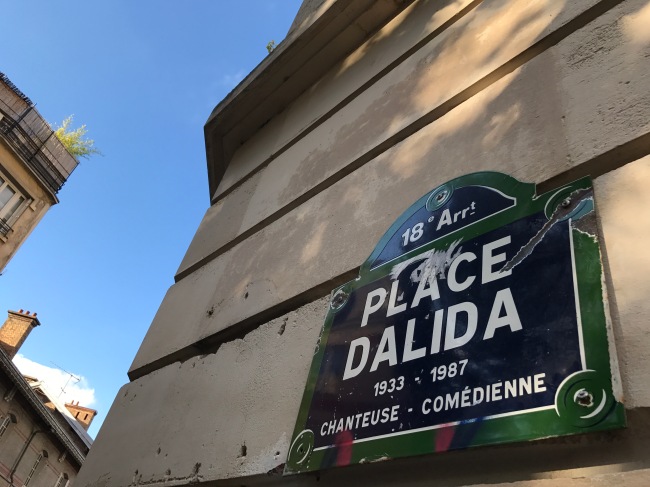 38 thoughts on “Paris Tips: Soaring with Dalida in Montmartre”