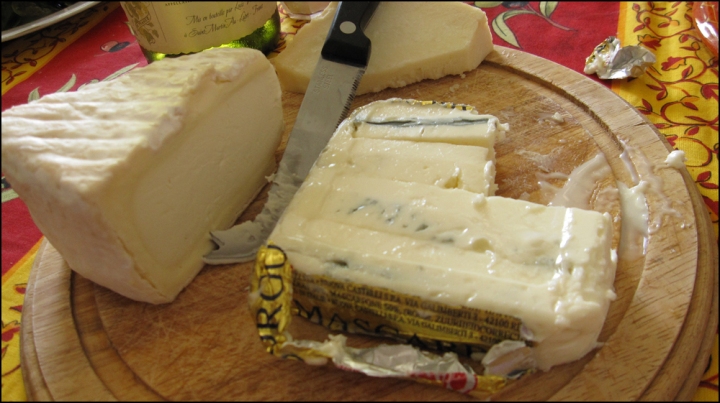 Big wheels do keep on turning in Paris! Like skirts, cheese is seasonal, and in France the variety is never-ending. So here’s a shopping list to use as a starting point. I’ve also asked a few friends for recommendations. Grab a pencil!

The Maréchal de Sennecterre introduced Versailles to Saint-Nectaire, a superstar from near Clermont-Ferrand in Auvergne. Boasting an earthy aroma acquired while curing on straw for eight weeks, the thick, gooey Saint-Nectaire has long had its share of fans. Even Louis XIV gave this taste sensation his Good Palace-Keeping seal of approval!

Here’s how my musician friend Cat describes Saint-Nectaire. “It’s from where I grew up. The cheese is not industrial. Outside, the crust is grey, but inside it’s creamy, nutty, and fruity. Délicieusement fondant, baby! When I eat it I think of home and my family.”

Keep your eyes peeled for its cousin Pavin, too, dressed in a bright orange rind. Named for Lac Pavin, its strong mushroom flavor will send your taste buds over the moon. 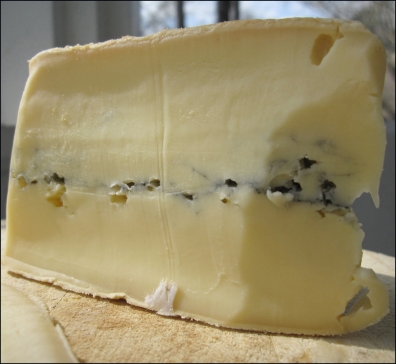 Morbier Fermier is easily identifiable by the horizontal line of bluish ash cutting through it like a layer of icing in the middle of a cake. This dates back to when farmers would half-fill their cheese molds after the evening milking and then scatter a little ash on the curds to keep nighttime bugs away. In the morning they’d milk the cows again and top up the molds. Amaze your friends with this tall cow tale (but it’s true!).

History bugs, scatter around because I’ve got another royal story up my sleeve. Here’s my pick! After the Sun King put the brakes on imported goods in the 17th century, the folks in northeastern France (Lille) took the matter into their own hands, and created a copycat version of Edam, their favorite Dutch cheese. They called it Mimolette. And in the world of fermented dairy products, a star was born!

So what’s the difference?

Though both share a similar texture and spherical shape, Edam is dipped in red wax, while Mimolette shines with a natural (waxless) rind that gives it a groovy, Day-Glo orange hue.

And thanks to the addition of cheese mites, it is riddled with holes. Yes, you heard me—mites!—but don’t fret. They’ve all left the building by the time any finished Mimolette hits the shelves. So don’t even think about it!

Go vintage! The older, the better, is what my fromager tells me each time with a wink. Yes, with time on its side, firm Mimolette slowly blossoms, later revealing a rich, salty, hazelnut flavor. Looking very much like a cantaloupe, inside and out, I recommend trying the “extra-vielle” (that’s been aged 18 to 22 months).

Bon Appétit! Do you have a favorite French cheese?