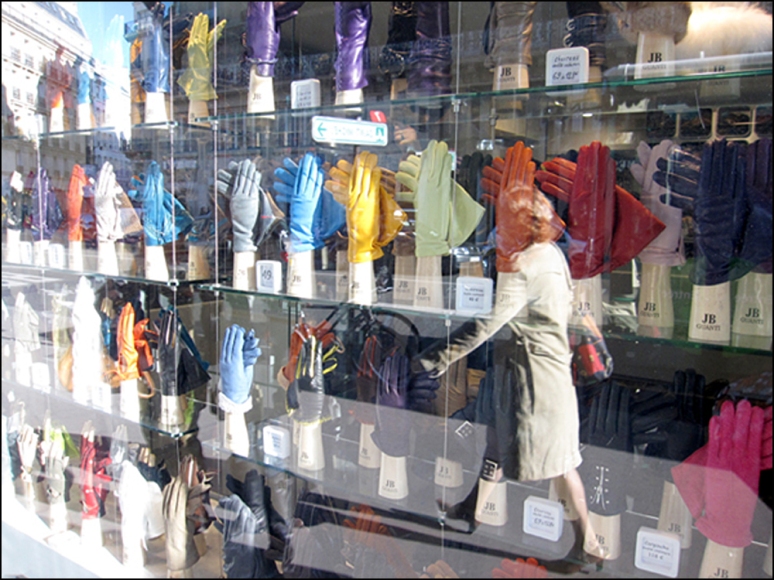 Give it up for the Gants at Guanti, 59 Rue de Rennes Photographs by Theadora Brack 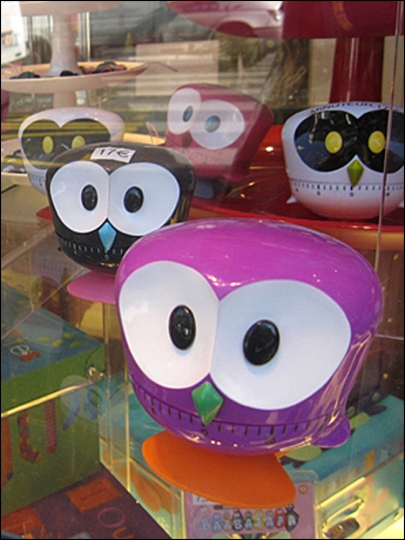 This week, let’s hoof to one my favorite shopping districts in Paris, the lively rue de Rennes—one of the longest streets in the city. Giddy-up: This is where I shop during the last few days of the Big Winter Sales.

Here’s the squeal: The Zara location at 140 rue de Rennes in the Félix Potin building (an Art Nouveau marvel!) usually serves as one of “last stops” for the Spanish marque’s leftover clothing. Also, there’s a second Zara shop, located nearby at 45 rue de Rennes (next  to the Église de Saint-Germain-des-Prés).

Divine, yes, but their proximity also saves time. Bopping between both shops, my sister once scored a belted trench coat and black skinny jeans, along with seven turtle necks, all costing just €3,99 a piece. She had just arrived—but by this victorious wardrobe-expanding moment—the woozy feeling of jet lag completely abandoned the scene. Yes, sometimes fleeting joy CAN be bought.

Thanks to Haussmann, this super-sized boulevard was made for non-stop walking, gawking and talking. Don’t forget to pack an oversized bag for your treasures. While the multiple-shopping bag scene with Julia Roberts in “Pretty Woman” is charming and all, you’re just inviting advances from pickpockets with both hands filled with separate bags. Combine them in all in one big sturdy bag. Most grocery store chains sell them for just a few cents.

Tie one on at the Boutique Nodus, 40 rue de Rennes

Layout of the land

The rue de Rennes shopping district stretches from Boulevard du Montparnasse to Boulevard Saint-Germain, connecting the tallest (and only real) skyscraper in Paris—Montparnasse Tower—with the oldest church in the city (Saint-Germain-des-Prés). This ‘hood has always been one of my favorite spots for window-shopping. For the love of juxtaposition, the trendy chains and boutiques coolly mesh with the classic Parisian shops. Frankly, I dig the mix.

Documentary photographer Eugène Atget would have had a field day. Stop. Look. Hold your horses! Actually, Atget did shoot a dragon here ’round 1900 at 50 rue de Rennes. Today the façade has dramatically changed, but the dragon still frolics in a land called Paree. Look for the perfect blue door and the Monoprix sign.

Ready for my close-up

Where else in this world is it possible to fall madly for a spectacular turban window display after trying on maillots de bain at Etam? And yes, feeling all femme fatale and pin-uppity, I bought an armful of resort wear (in noir, of course, Mr. Wilder. How could I not?).

Film buffs, Billy Wilder made his directorial debut during the 1930s in Paris. Can you name the film? It wasn’t “Sabrina.” Clue: The film’s leading lady Danielle Yvonne Marie Antoinette Darrieux is still one of France’s most beloved movie stars! 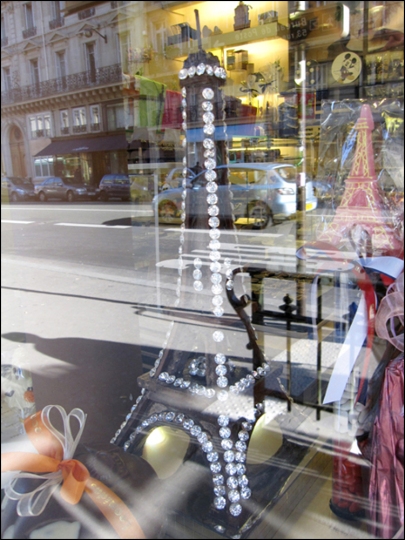 Don’t leave the city without a flyby through the Doursoux Surplus, nestled in the shadow of the Montparnasse Tower at 3 Passage Alexandre. The prices can’t be beat and the service is always charming.

I dig chain stores. There, I’ve said it. Their affordable price tags allow me to experiment without shelling out big bucks. Keep your eyes peeled for my pet haunts: Etam, Zara, and Naf-Naf, along with Kookaï and Darjeeling. If the cuisine is your scene, pop-by the practical and whimsical La Vaissellerie, Culinarion, and Plastiques where the owl egg timers rule the roost.

Need a camera chip? Stop by Fnac (pronounced “fuh-nack”). The largest French entertainment retail chain discounts their inventory of books, including the latest exhibition catalogues. Fnac also stocks cameras, camera chips and batteries (not to mention DVDs, CDs, and tons of French comic books Bande dessinée (an art form all their own).

It’s now time for a little pick-me-up. First, we’ll stop by the Boulangerie de Rennes, and buy a meringue cookie. Sweet and crunchy, it’s the ultimate instant sugar rush, making the perfect portable snack. Goldilocks, size does matter, so I recommend going with a medium-sized cookie because the smaller ones are sometimes on the dry side, and the larger ones are occasionally too soft.

Next, we’ll nip into Léonidas Chocolatier and pickup  a few gifts for the cat sitter. Located at 65 rue de Rennes, they’re more than famous for their sparkling (and tasty) Versailles-worthy Eiffel Tower sculptures, royal cameo candies and metallic covered chocolate hearts. In my book, edible rhinestones and dark chocolate will always this girl’s best friend.

After strolling your heart out along the rue de Rennes, make a bee-line to Saint-Germain-des-Prés for some high-ticket boutique browsing. Check out the splurge-worthy beret caps at the agnès b shop at 6 rue Vieux-Colombier. They’re hard to find outside of France and terribly expensive online.

Designer and founder Agnès Bourgois Troublé has also created inexpensive unisex red scarves. Available in cotton during the summertime and wool during the winter, the profits go to various humanitarian causes, including the fight against AIDS. 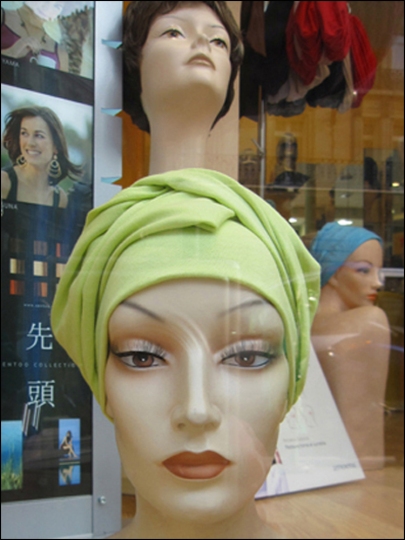 Afterwards, let’s rest our tired tootsies and grab a café and a fromage Cantal sandwich at the Café de la Mairie at Place Saint-Sulpice. It’s another personal favorite people-watching spots, plus the prices are affordable.

Bookworms, who else found inspiration here? Don’t stop me if you heard this one before! Heck, it’s one of my favorite tips. Henry Miller, Anaïs Nin, and Ernest Hemingway, along with F. Scott Fitzgerald, Saul Bellow, and Djuna Barnes. Added bonus: After fifteen years of restoration work, the church of Saint-Sulpice across the square recently shed its scaffolding, and the view is once more a beauty.

Still in the mood to shop ’til you drop?

Well then, jump on the “95” bus line (there are multiple bus stops along rue de Rennes), and take it to any of several other bustling shopping meccas along its route, like the Carrousel du Louvre, the neighborhood surrounding the Opéra (wannabe Black Swans, Répetto is just a hop, skip and a pirouette from the Opéra Garnier!), or the grand magasins along Boulevard Haussmann, or the funky boutiques, vintage shops and bargain bins in the Montmartre-Abbesses area.

Pinch yourself. ALL these happy-hunting-grounds are on the scenic “95” bus line. It’s another win-spin.

This has been Theadora “Norma Desmond” Brack! Happy Hunting! 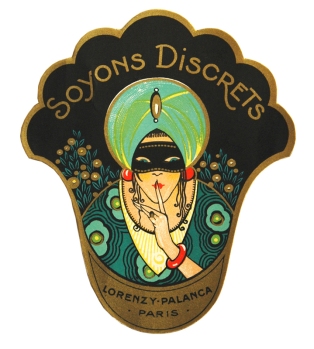