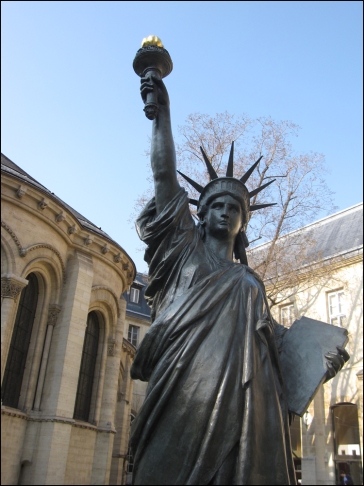 Lady, I can see your halo at the Musée des Arts et Métiers

In celebration of Election Day in the U.S., let’s change course and pay homage to my favorite Franco-American gift, the gigantesque statue of Lady Liberty in the New York Harbor.

Sadly, because of Hurricane Sandy, the Statue of Liberty temporarily closed again only one day after re-opening from being closed for a year-long supreme make-over. (Whew. Got that?) Don’t fret. A gal’s gotta do, what a gal’s gotta do. Soon she’ll be back in action. Yes, I’m a believer. Here’s to a speedy recovery!

Our 151-foot tall iconic darling is still looking ever-so-fierce in her spiky nimbus (that’s right, it’s not a crown!) and her matching floor length chiton in all its coppery green tonalities. An exquisite nod to the style of classical Greece, I must say.

Pinching from the late, great designer Christian Dior, “Darling, your toile with the cinched waist is perfect!”

Frédéric-Auguste Bartholdi was the artist, and Alexandre Gustave Eiffel and Eugène-Emmanuel Viollet-le-Duc were the structural engineers of the Union Franco-Americaine Statue of Liberty project. Yes, it is a small world. 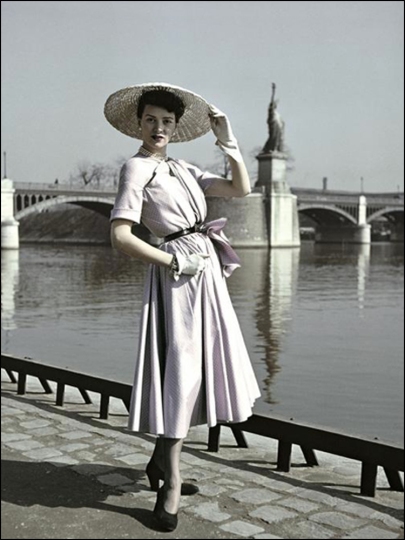 During the summer of 1885, it took Lady Liberty (300 copper pieces packed in 214 crates) one month and change to make the rocky voyage aboard the French ship Isere from France to the New York Harbor. “You look marvelous,” Mayor William Russell Grace shouted, live from New York!

Don’t leave Paris without checking out the prototypes of Bartholdi’s La Statue de la Liberté scattered around the city. You can find them in a range of sizes near the Pont de Grenelle on the Île des Cygnes (Métro: Bir-Hakeim), in the Jardin du Luxembourg (Métro: Odéon), and at the Musée des Arts et Métiers (Métro: Arts et Métiers).

Tip: And you can also find a full-sized version of the torch at the entrance to the Pont de l’Alma tunnel. Nowadays, it serves double duty as the unofficial Princess Di memorial. By the way, Bartholdi’s former studio is located at rue de Chazelles in the 17th arrondissement (Métro: Courcelles). Look for the plaque!

Prior to the Statue of Liberty’s voyage in 1885, Victor Hugo paid a visit to Bartholdi’s workshop. He wrote, “The sea, that great restless being, observes the union of the two great lands at peace.”

Monsieur Hugo also penned, “To love is to act!” 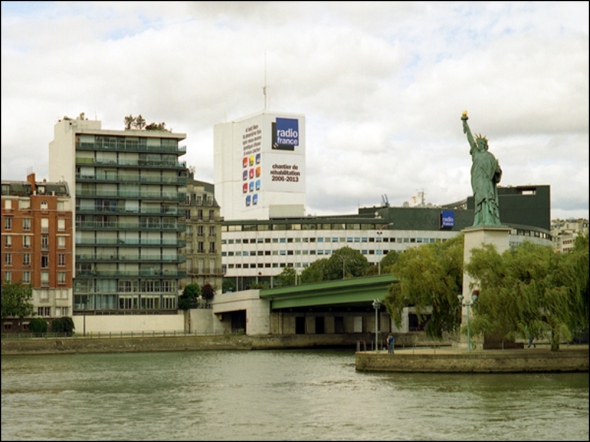 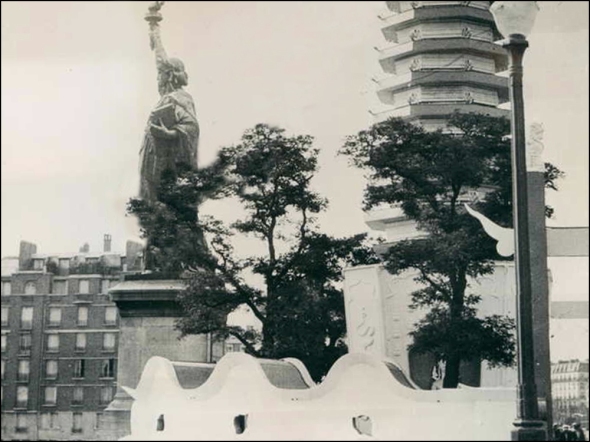 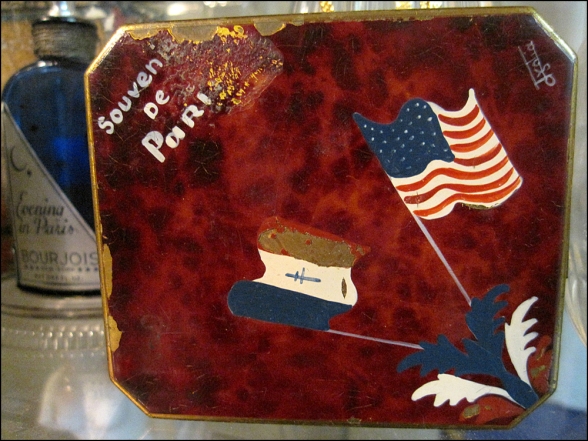 51 thoughts on “Paris Tips: Celebrating the Statue of Liberty”