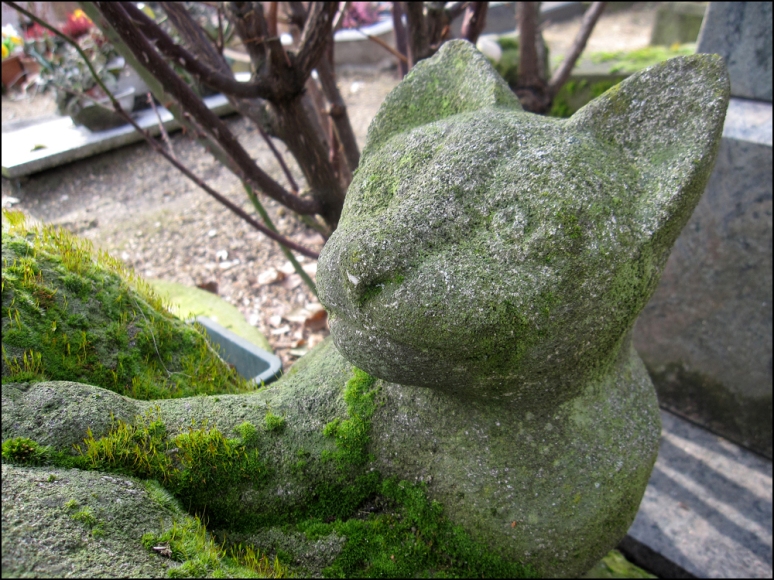 Memory, All alone in the moonlight at the Cimetière des Chiens et Autres Animaux Domestiques Photos by T. Brack 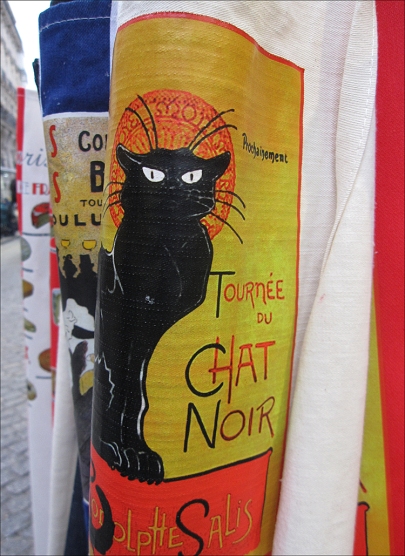 “We’ll always have Paris,” Rick tells Elsa at the end of the movie Casablanca, without mentioning any of their favorite haunts in the City of Light. But I say, “Play it again, Sam,” and this time with addresses. After all, everyone’s got their own Paris.

For instance, King Henri IV cavorted on the tip of the Île de la Cité, while centuries later the Seine bridges crossing the island captivated painter Edward Hopper. Hemingway liked to sit on a bench in the Jardin du Luxembourg and wait for his first true sentences (along with dinner: roast pigeon), while the food stalls at the great Les Halles market sparked Julia Child’s joy of cooking.

Though I’m hardly a king or a master of French cooking (yet), I, too, have a few outdoor havens I run to for inspiration.

I’ve a confession up my faux fur sleeve. After my cat left this world for another Fancy Feast, this is where I spent many hours. Montmartre residents Eric Satie and Théophile Steinlen understood the wonderous feline, and I found and still find great comfort in that. The fountain was created by Paul Vannier in 1936 as a nod to Steinlen, who lived nearby at 74 rue Caulaincourt. Where is the love? Trust me, it’s here. 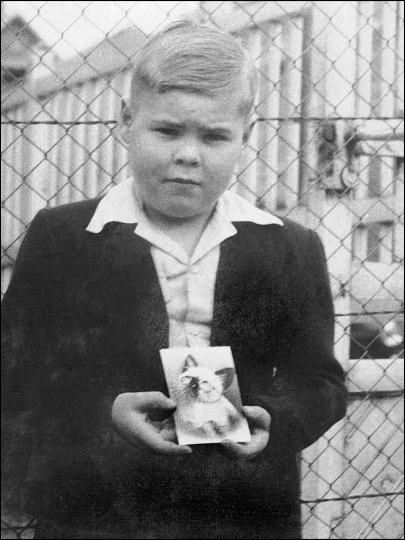 Think Steinlen is the cat’s pajamas?

I do, too. After we sunbath at the cool fountain and sip some cream at a nearby café, we’ll hoof it on over to the nearby Musée de Montmartre at 12-14 Rue Cortot, where they often display Steinlen’s  works, including his cat iconography in all it’s nine-lives glory. Perfection, eh? Don’t miss its gift shop. Posters from former shows hold court near the entrance.

Along the way, we’ll pass the Cimetière Saint-Vincent (a.k.a. “The Cat Cottage”). Here is where Steinlen rescued and adopted many stray feline muses, much to his poor wife’s chagrin. Though it’s quite fitting, see, because here is also where Steinlen is buried. Wild kitties still keep watch over his grave. Sir Paul got it right: “And, in the end, the love you take, is equal to the love you make.” Chow. Wow. Wow.

My tale to tell: From floor to ceiling, my childhood bedroom was decked out in Steinlen posters, so whenever I visit the Musée de Montmartre, it always feels like home. I have my mom, dad and Steinlen to thank for my profound love of Paris, art and cats. Tapping together my ruby-encrusted claws again and again, there is no place like home. It’s true.

Tip: Steinlen’s original Chat Noir Bar sign is on display at the Musée Carnavalet at 23 Rue de Sévigné in the Marais. Trekking to Paris? Don’t miss it.

Everyone visits Jim Morrison. but who spends time with Fifi?

Celebrating the recent Pet Memorial Day, now let’s hotfoot it on over a few hot tin roofs (teasing) to another favorite resting spot in the city. Located northwest on the Seine, Paris’s Le Cimetière des Chiens et Autres Animaux Domestiques (Cemetery of Dogs and Other Domestic Animals) is the oldest pet cemetery in the world. It’s Cimetiere du Pere Lachaise of pet cemeteries.

Tip: There is a small entrance fee, but paws down, it’s worth every penny. Keep your eyes peeled for the massive but shapely Art Nouveau entrance by Eugene Petit. A well-worn dirt path will lead you through a maze of moss-covered tombstones, urns, and sculptures. You’ll also spot toys, food dishes, photographs, and love letters.

Sit with me on a bench and grab my hand. If it’s a quiet day, you’ll be able to hear the gurgling of the river passing by, while witnessing such heartfelt gestures. Its resulting beauty both soothes and re-energizes my spirits every time. I always weep.

Where is the love? In your lap.

How much is that doggie at the entrance?  Art Nouveau Masterpiece by Eugene Petit 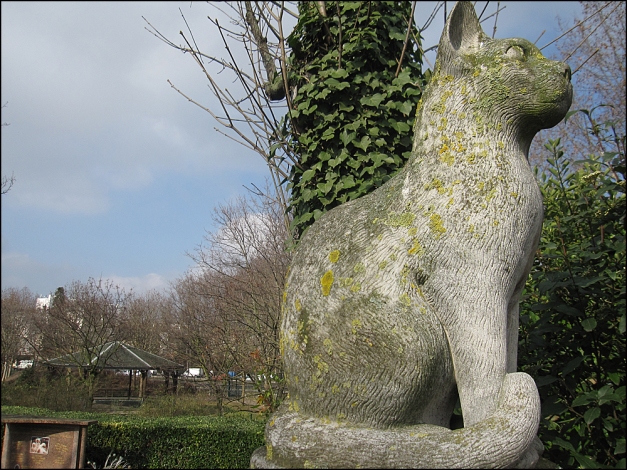 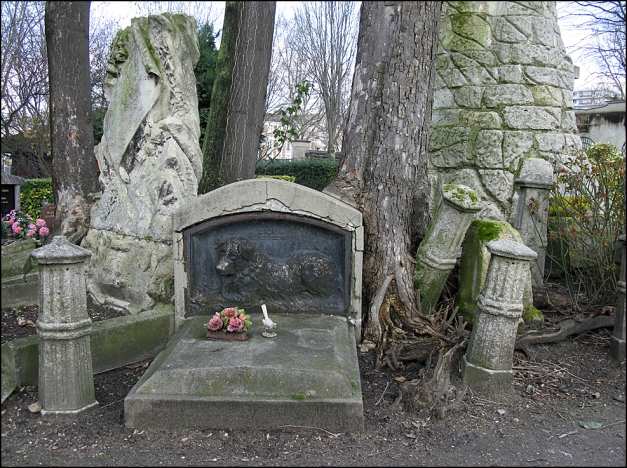 Founded in 1899 by lawyer Georges Harmois and journalist Marguerite Durand 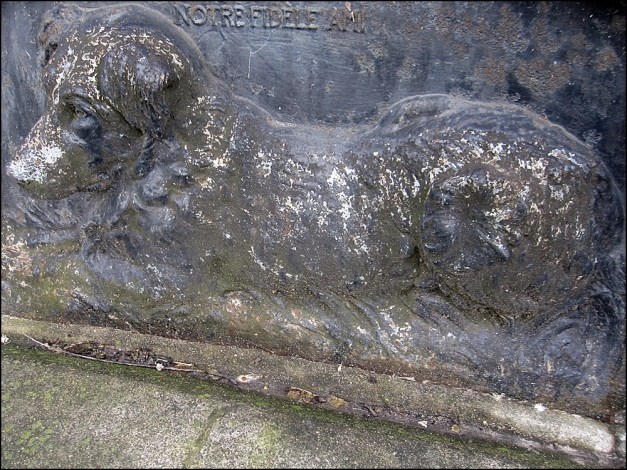 From 1800 to 1812, “Barry” rescued 40 people along the Saint Bernard Pass (a dangerous route through the Alps between Italy and Switzerland) 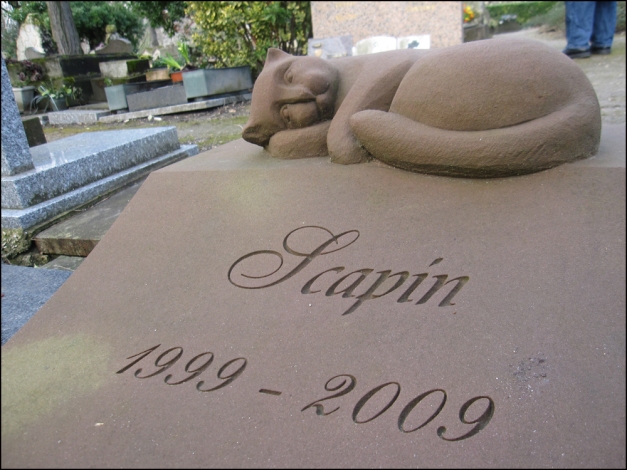 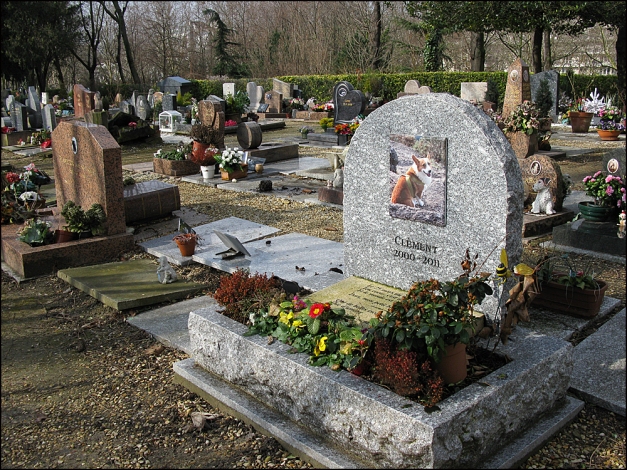 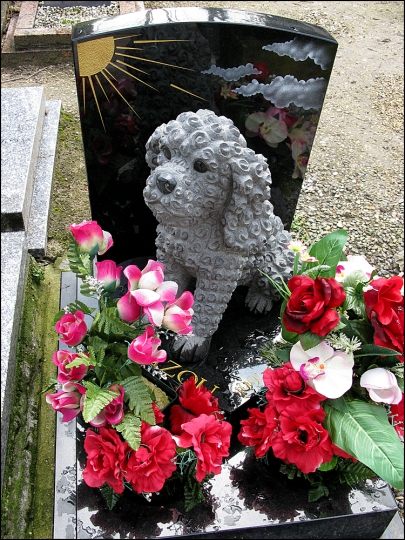