In the words of the late, great songwriter, Theodora Morse, “Hail! Hail! The gang’s all here!” This week, let’s salute music and Remembrance Day. Up my sleeve, I have a few favorite patriotic music sheets, recently scored at the flea markets. We’ll also pay homage to the Tin Pan Alley music publishers, songwriters, and artists. So strike up the band!

Don’t miss the Cathédrale Notre Dame’s great organ. Earlier this year, after an intensive and much needed 10-month supreme makeover, the organ kicked-off the festivities for the cathedral’s recent 850th anniversary. Music to my ears. Listen: All 8,000 pipes (some dating back to the 18th century) were individually cleaned, and a new electronic panel with five cascading keyboards and some 200 stops were installed. Boom. Boom. Boom. Can you hear me now? 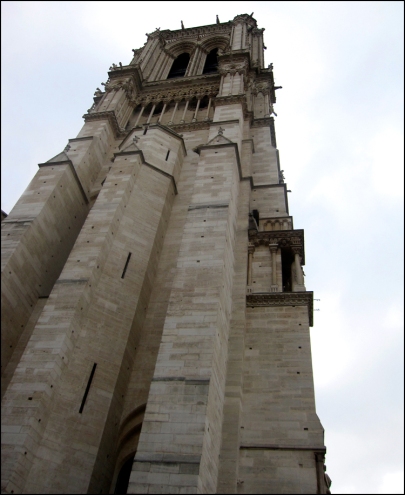 The Bells of Notre Dame

“Bells are like human beings. They live and, one day, they fade,” said one of the “campanologues” (bell experts) involved. Sunny side: The oldest Bourbon bell (13-ton Emmanuel) survived the French Revolution and the recent turnover. Without fail, since 1856, the bells of Notre Dame have rung every 15 minutes. They also rang to mark the end of World War I and the liberation of Paris in 1944.

Clipping from The New York Times in 1875: The people in the abbeys, cities, towns, and hamlets loved their bells and listened to them on holidays, as people nowadays listen to an opera. They could understand the language of the bells in its many cadences; and when the clanging was heard as a war-alarm, they were stirred as with the sound of a trumpet, and could feel something like Victor Hugo’s Quasimodo, the Hunchback who falls into such a frenzy among the clanging monsters in the belfry of Notre Dame.

People were always willing to fight for their bells, and just as ready to seize those of other people in their military excursions. Bells played high parts in war as well as peace. When the King of France came to attack Millau, in its days of burgher independence, the Archbishop of the city cried out: “Let him sound his trumpets! I will ring my bells!”

Leo Feist would have agreed with the Archbishop! “There isn’t anything in the world that will raise a soldier’s spirits like a good, catchy marching tune,” wrote the music publisher. “Music Will Win The War!” was his mantra. Yes, Feist wore his flag on his “sheets.”

Winding it back: During “La Grande Guerre” (a.k.a. La Première Guerre Mondiale, or World War I), Feist published a pocket-sized “Songs the Soldiers and Sailors Sing” for the masses. At fifteen cents a pop, the 80-page collection was affordable, patriotic, and catchy. It included now-famous titles like “K-K-Katy,” “Over There,” and “Hail, Hail, the Gang’s All Here.” The booklets, along with individual song sheets, were sold in five-and-dimes and department stores. Folks were encouraged to sing the patriotic songs at home, in theaters, and at Liberty Bond rallies.

In full-page advertisements, Feist sounded his trumpet and bells like no other: Our boys on the fields of France, our sailors on the big, gray sea-fighters, and the boys in our training-camps are singing them! The whole country is singing them and dancing to their inspiring melodies! Being sung to tremendous applause in thousands of theatres throughout the land! Try over the choruses and you will know why. Don’t wait until you hear everybody singing them—get copies of all four of these songs now and be the first to sing them. They can’t stop our singing army!

Interested in Notre Dame’s bells? Grab your cloche hat and follow this link to our chum Paris Paul Prescott’s “Paris by Cellphone” site!  Then, stop by his new site: “Our Ladies: The Churches and Miracles of Paris.” Paul’s photographs are gorgeous!

On that day the air was so fresh and clear that Quasimodo felt his affection for his bells returning. Clapping his hands, he ran to and fro from one rope to another, awakening his six songsters by this voice and his gestures, as a maestro leads his skilled musicians. Well done! Gabrielle! Louder, louder! Come on, work! Sing! There’s beautiful sunshine; we have to have beautiful music!” -Victor Hugo 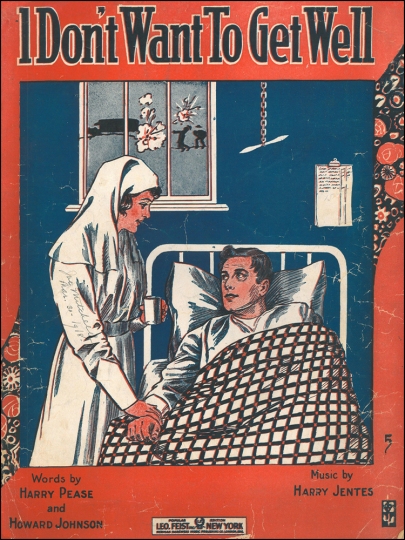 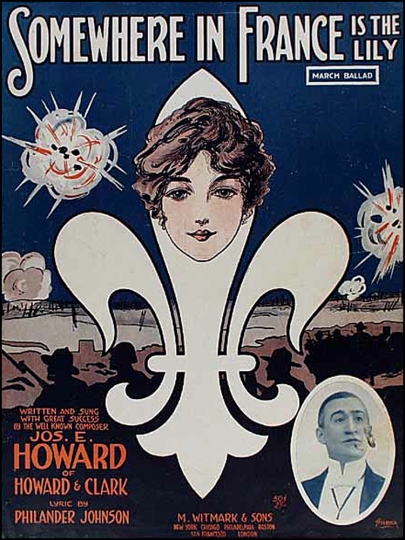 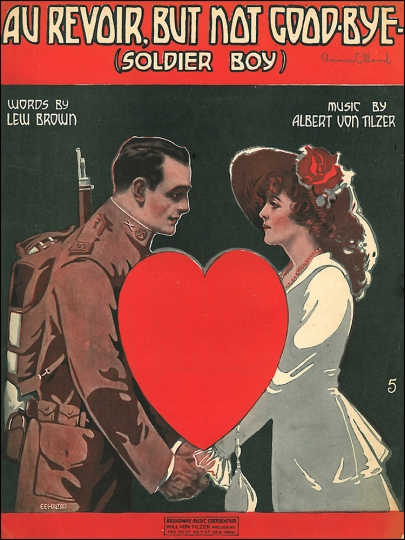 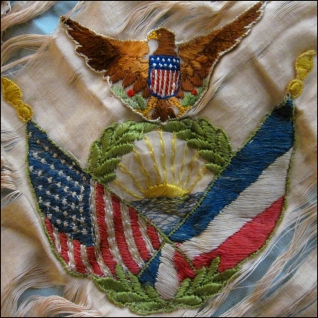