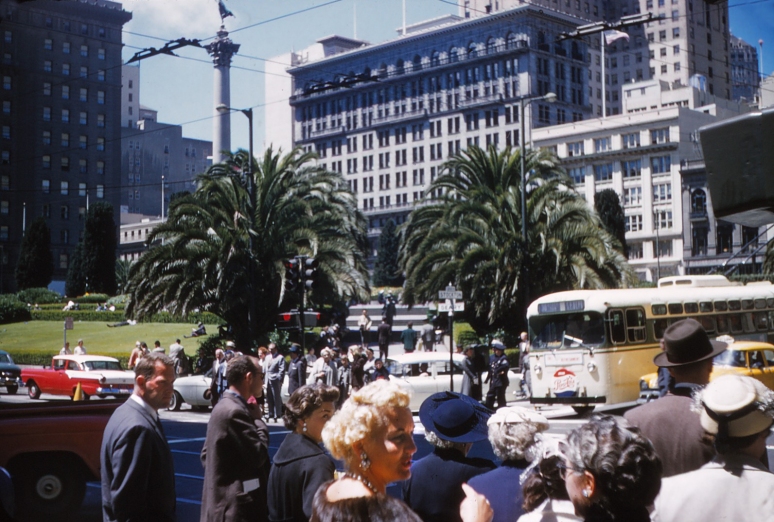 Getting all Tippi with the birds at the bustling Union Square, San Francisco (Image: T. Brack’s archives, Slide, 1957) 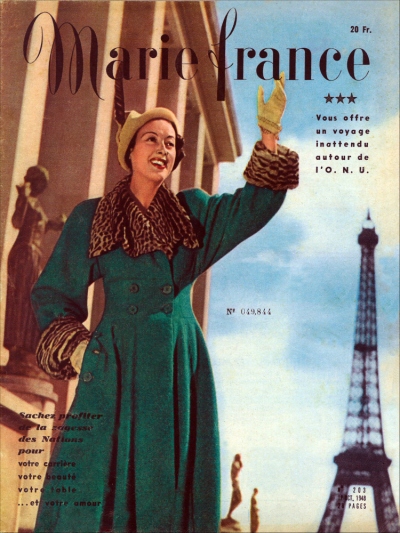 Just grab your faux furs and mittens, and meet me under the old clock at the Hotel Saint Francis! (Image: T. Brack’s archives, Marie France, 1948)

Bonjour! C’est moi! I’ve been in California, dreaming, with birds and flowers in my hair. Like a hard-boiled history detective, I’ve been combing the streets of San Francisco for traces of Paris. “Pourquoi?” you ask. Flashing back to the California Gold Rush, the French were probably the largest population in the city. That’s why!

Attracted by the gold, and escaping another revolution, thousands of “Argonauts,” braved the six-month voyage around Cape Horn from France to San Francisco. Faster than a toison d’or, soon the “Paris of the Pacific” boasted three French department stores: Roos Brothers, the Verdier family’s the City of Paris, and Raphael Weill’s White House—named after the Grande Maison De Blanc back in France. (Banana Republic is there now, but the White House still rocks a Parisian vibe, while Neiman Marcus sports the late, great City of Paris’s original stained glass dome.)

So in celebration of the New Year, rebirth, and reinvention, let’s recharge our batteries with a sentimental journey around Union Square. Here is where I left my heart, along with a few dollars, too. After all, it was wintertime, and love and a massive Snoopy the dog inflatable cold-air balloon were in the air, spurring me on to dizzying heights.

Just grab your faux furs and mittens, and meet me under the old clock at the Hotel Saint Francis. After we powder our noses in the celebrity photograph-laden ladies room, we’ll sashay forth to the Romper Room Tavern on Maiden Lane to watch the twilight sky fall.

As Sarah Bernhardt wrote in 1891, with gloved hands all a-flutter, “I mean to have lots of fun in this city before I leave. This is a jolly place to enjoy life in!” Or as Frankie Sinatra once crooned, “Now there’s a grown-up swinging town!” I couldn’t agree more.

Here’s a tease to please. Roll the film! Stay tuned for Paris-San Francisco stories. Just be prepared to leave your heart behind. Happy New Year!

I spy the Eiffel Tower on the roof of the City of Paris Store, now Neiman Marcus (T. Brack’s archives, 1960) 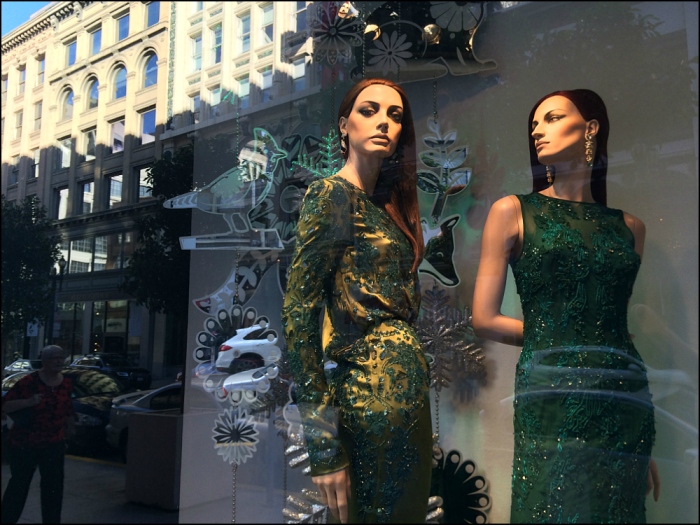 All the sleeves are green and the sky is blue, Neiman Marcus, Stockton Street (Photo: T. Brack) 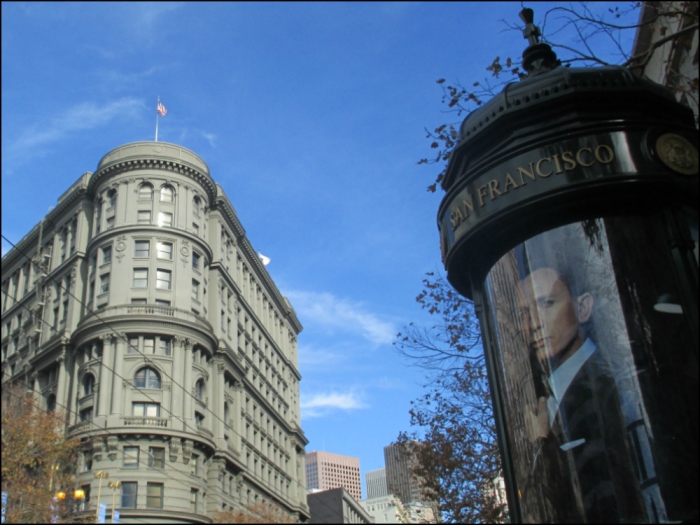 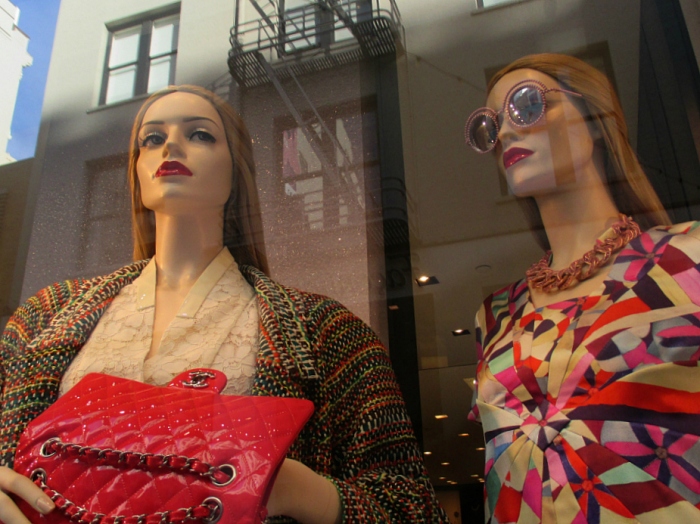 California Dreaming: Here is where I left my heart and a few pretend dollars, Chanel (Photo: T. Brack) 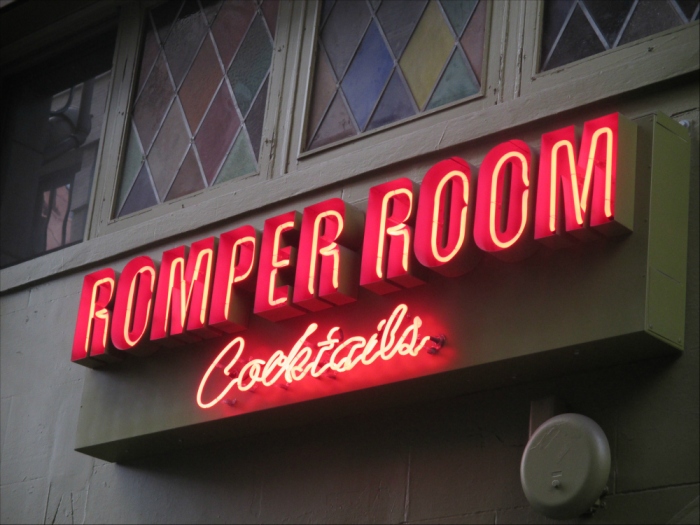 The Gimlets are on me at the Romper Room Tavern on Maiden Lane, Union Square (Photo: T. Brack) 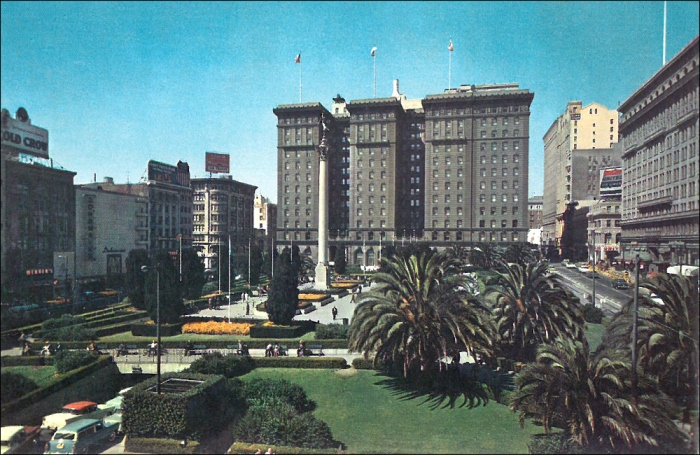 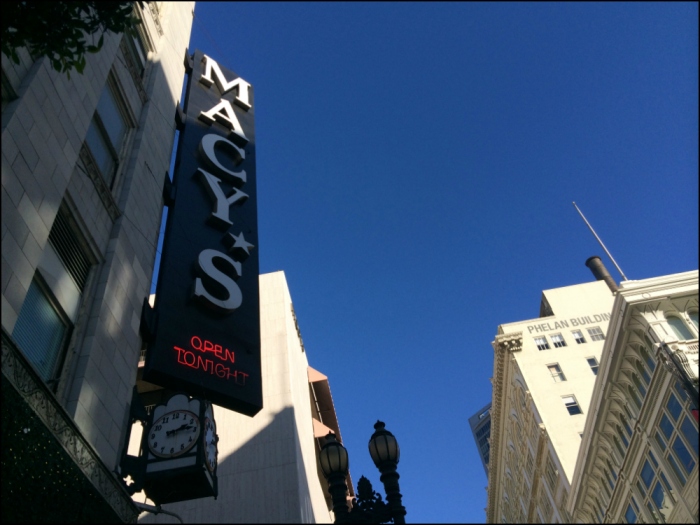 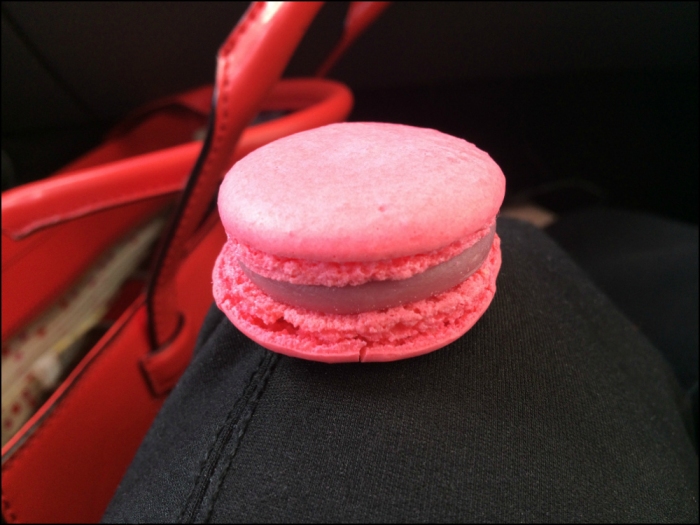 High up on the rooftop at Macy’s, this Rose Infused Macaron calls to me, Union Square (Photo: T. Brack)