I’ve said it once, and I’ll say it again: Never, ever underestimate the power of a good old-fashioned “air bath”— whether it’s in the middle of the day or all alone in the moonlight.

As my fit-as-a-fiddle grandmother Emmae used to sing, “After an air bath, this little Brack birdie is back on track. Hear me soar!”

I couldn’t agree more. And I’m not the only big time believer in the benefits of a bain d’air.

Because bathers are gonna bathe

Apparently, francophile Benjamin Franklin also possessed a mad penchant for launching each day all au natural. Nestled naked in a chair by an open window sat the bigwig polymath—winter, spring, summer, and fall.

“You know the cold bath has long been in vogue here as a tonic; but the shock of the cold water has always appeared to me, generally speaking, as too violent: and I have found it much more agreeable to my constitution, to bathe in another element, I mean cold air,” Franklin wrote to a Parisian friend in 1768.

“With this view I rise early almost every morning, and sit in my chamber, without any clothes whatever, half an hour or an hour, according to the season, either reading or writing. This practice is not in the least painful, but on the contrary, agreeable!”

Royal S. Copeland, M.D. would have certainly put his stamp of approval on Franklin’s daily pet ritual. In fact, he did.

In 1933, the Commissioner of Health of New York City shared a few D.I.Y. tips in his column: “Include air baths in the health campaign! Keep it up year ’round! Air baths improve the texture and tone of the skin . . . The baths should be taken in a moderately cool, well-ventilated room. For the first bath, only half the body should be exposed. As the body becomes accustomed to the cool air, more clothes can be discarded!”

Now on the flipside—but equally off the bathtub chain was Soprano Mary Garden’s fontaine de jouvence remedy. The “Sarah Bernhardt of the Opéra” was notorious for sharing beauty secrets. For instance, she often touted her favorite “youth-giving tonic,” which included swimming in the buff, capped by a midnight seawater massage.

“God never intended that we should wear clothes! That is civilization’s mark!” Mlle. Garden told awed reporters in 1924. “I went to my villa at Beaulieu overlooking the blue waters of the Mediterranean. As usual, I took long swims with my two police dogs, away from the shore where bathing costumes are not necessary!” 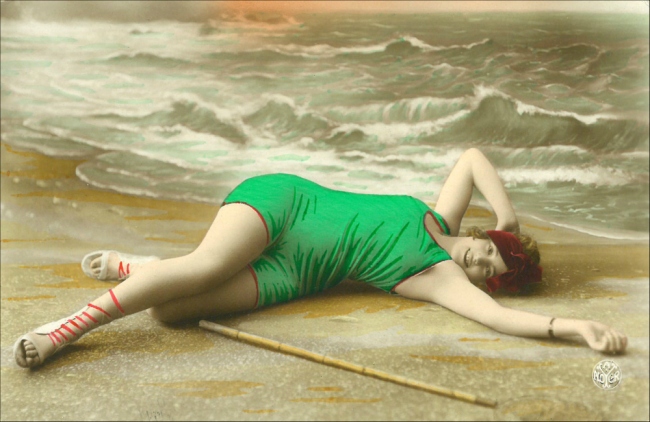 A publicity slam-dunk for Mary, for sure. Soon women everywhere began taking the plunge all au natural. And how could they not, after reading the zippy newspaper headlines: “Mary Garden Back! Slimmer! Younger! More debonair than ever!”

But that’s not all, my Opéra and Olympic Games fanatics. In preparation for her “Salomé” role in 1908, our Mary took her appetite for healthy living to new heights, or more specifically, Mont Blanc. That’s right. Not losing her head, she scaled the highest mountain in the Alps. Garbed in knickerbockers and a sweater, the divine diva miraculously made ascension in two days. At the top, she apparently bared it all in her birthday suit, according to legend. A real peak experience, you might say.

“My lungs seem twice as strong now! You need a good head and a strong heart, but then one needs the same things in everything—to climb anywhere!”

There is something about Mary

So this week, let’s be more like Mary, and let it all hang out on the terrace at the Musée d’Art Moderne, located on the eastern arm of the Palais de Tokyo. Built for the 1937 Exposition Internationale, here is one of my all-time favorite paradises in Paris. The wine is affordable, while the view of the Eiffel Tower never fails to thrill.

Here you’ll also spot my favorite voluptuous nymphs, chilling by the poolside. Created by by sculptors Léon-Ernst Drivier and Auguste Guénot in 1937,  the bathing beauties were recently given a much-needed beauty cleansing treatment. The graffiti is gone. Like the wind, so are most of the pollution streaks. Wearing nothing but sheer confidence and stylish do’s, don’t hate them because they’re still beautiful.

And I’ve got a few before and after shots to prove it. To repeat: Never underestimate the power of a bath. Perhaps this explains the strength they exude?

I second that potion. Now, in celebration of La Rentrée, let’s study the before and after shots, whilst air bathing like nobody’s watching. Pass the Ambre Solaire! 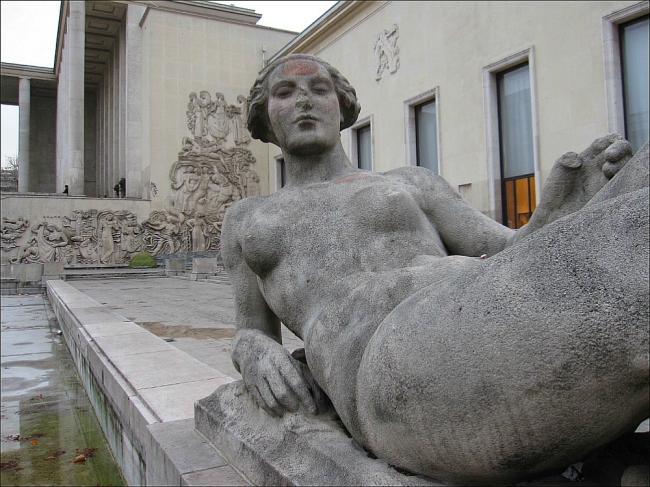 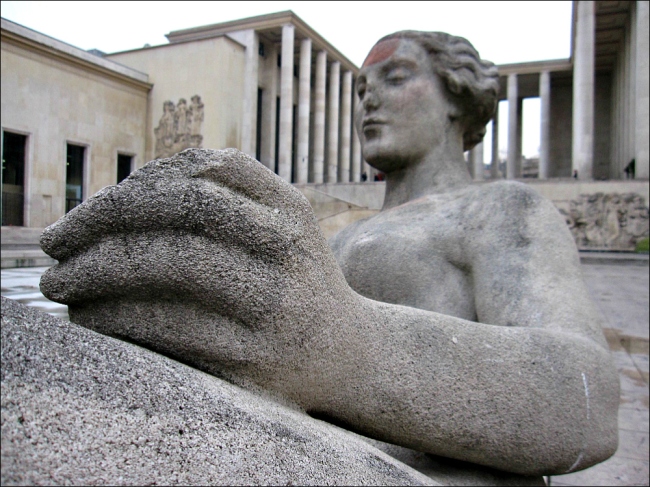 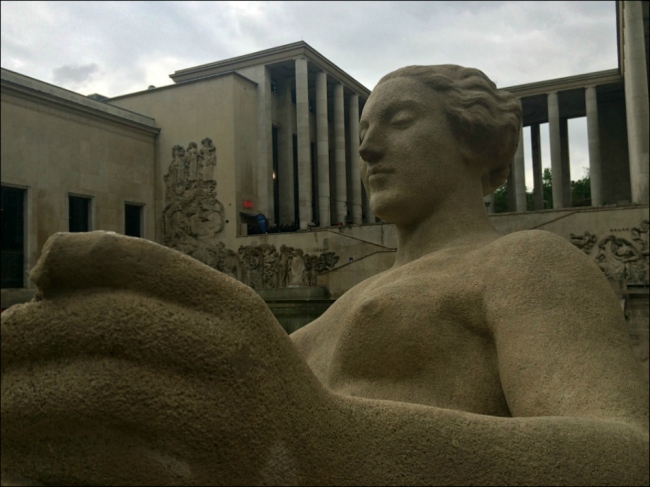 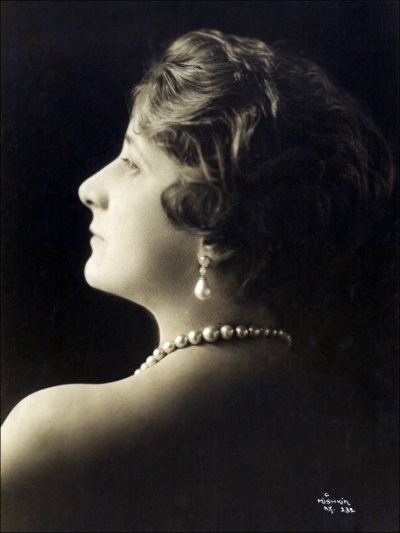 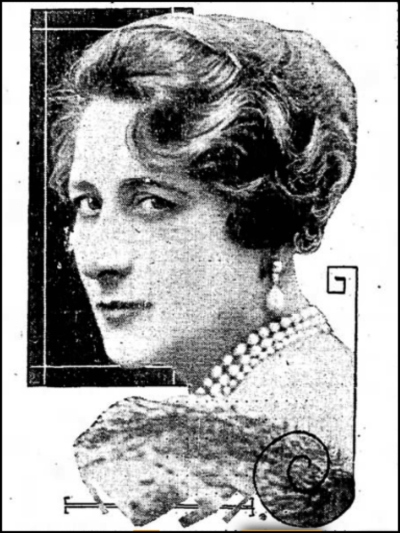