Ernest Hemingway once said, “It is by riding a bicycle that you learn the contours of a country best, since you have to sweat up the hills and coast down them. Thus, you remember them as they actually are.”

But that goes double for traveling by foot, especially at my favorite sacred stomping ground, the Parc des Buttes-Chaumont—the hilliest, and perhaps most weirdly “scenic” park in Paris.

This week, I’d like to take you along for the excursion, so grab my hand. Let’s take a restorative, explorative stroll, shall we? Donning head-to-toe faux fur, get ready to channel your inner-surrealist.

Designed in 1867 by Emperor Napoleon III, engineer Jean-Charles Alphand, and horticulturist Jean-Pierre Barillet-Deschamps, this floral showstopper with its mountain-village vibe opened with razzle-dazzle during the launch of the Paris Universal Exposition.

This park has everything: As we make our way along its narrow winding paths, prepare to be bug-eyed at sights ranging from caverns complete with waterfalls and faux stalactites, to a lake fashioned from a former gypsum quarry surrounding a craggy island topped with a neo-Roman temple, reached by a suspension bridge designed by Gustave Eiffel himself.

As we roll along listening to the waterfalls and cooing rendezvouses, keep watch for the spirits of surrealists André Breton and Louis Aragon. They were known to have fancied Butte-Chaumont’s poetic, dreamlike vibe above all other Parisian parks. They loved reveling in its artificial ruins after dark, with the ghostly Sacré Coeur looming in full view.

“A mirage! An oasis in the city!” they wrote. Still true today, here is where I often find transformative peace.

And that’s what you want in a trippy expedition: A new way of seeing things!

Tip: On sunny days, bring a picnic—no finer spots for dejeuner sur l’herbe can be found in the city. When the weather outside is frightful, get punchy indoors with the 202-year-old puppet Guignol and his rowdy entourage at the Parc des Buttes-Chaumont’s Théâtre Guignol Anatole. Before moving to this park in 1867, the same theater worked the crowds into laughing frenzies over on the Champs Élysées.

Keep your peepers peeled for the spirits of the surrealists! (Photo by T. Brack)

Reflecting on Pont Suspendu designed by Gustave Eiffel! Yes, it is a small world! (Photo by T. Brack) 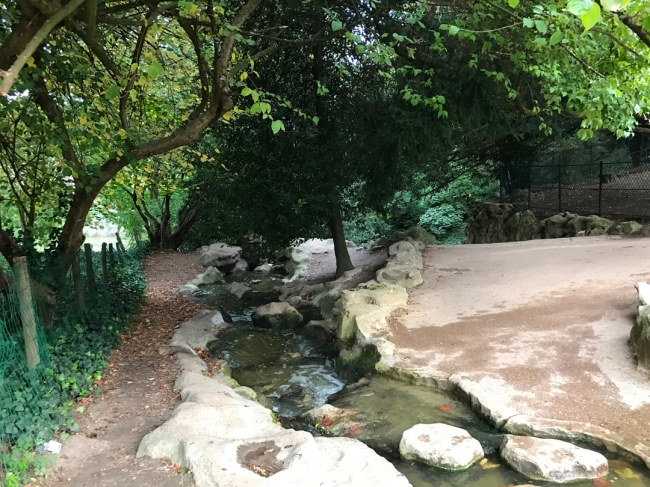 Another shot of the petite cascade because, because one is never, ever enough (Photo by T. Brack) 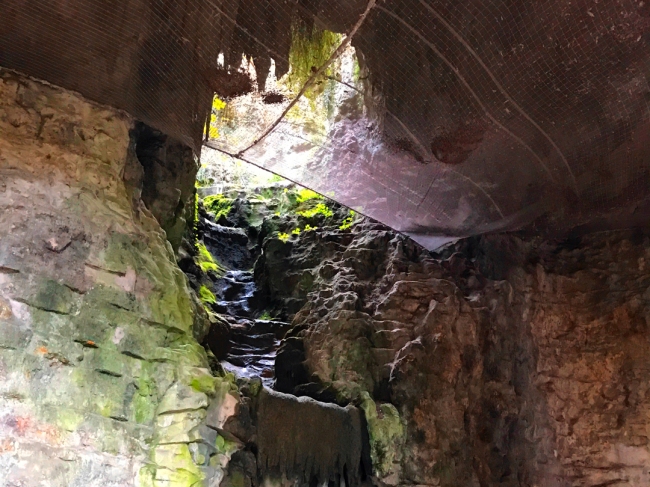 Soft shot of waterfalls in the grotto while under reconstruction! (Shaky camera work because of spirit spotting!) 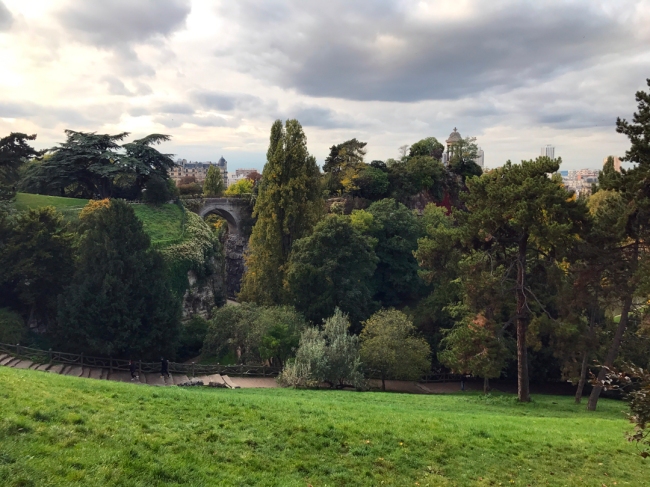 Go tell it on the mountain: Now, let’s trek it up to the Île de la Belvédère and Temple de la Sibylle (Photo by T. Brack)

Keep on moving! A rain shower is approaching! (Photo by T. Brack) 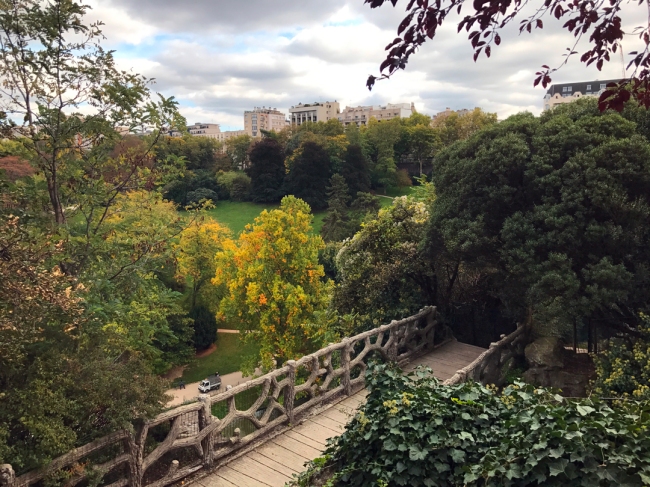 Hold on to the cement railing! Headed to the Temple de la Sibylle (Photo by T. Brack) 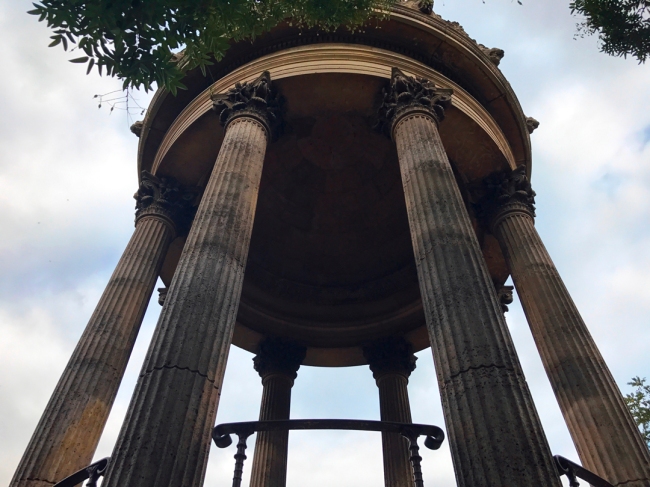 We made it! However, love wasn’t always in the air up here at the Temple de la Sibylle, former site of the city gallows (Photo by T. Brack) 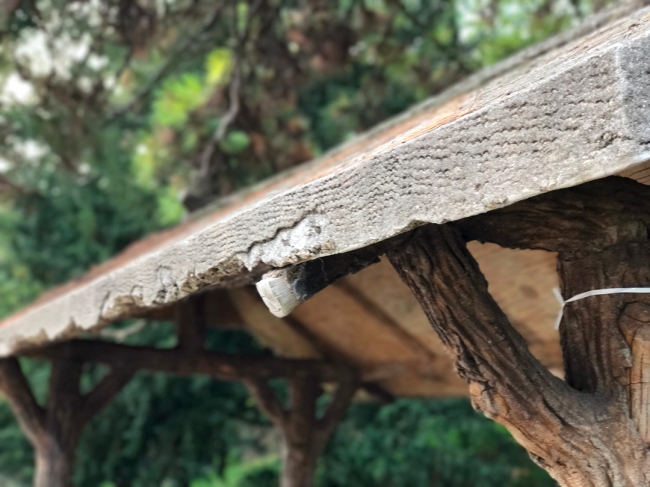 Now, let’s take a self-portrait break at one of the many “faux bois” styled rain shelters! (Photo by T. Brack)

Before leaving the park, let’s get punchy with the 202-year-old puppet Guignol and his rowdy entourage at Théâtre Guignol Anatole (Photo by T. Brack)